The Grew Quartet are thoroughly spontaneous and range through many moods and influences, from cool, reflective lyricism to an intensity not dissimilar to a high velocity Jimmy Giuffre/Paul Bley ensemble through to more playful, jazz influenced melodic and rhythmic areas, taking in the atomistic, pinpoint energy of the Spontaneous Music Ensemble of the 1970’s.

Grew Quartet was formed in 2009 when Stephen Grew and Phillip Marks connected with clarinettist Matt Robinson and bassist Max Sterling. A short burst of recording and the occasional gig followed, the results coming out in October 2013 as “world line”. 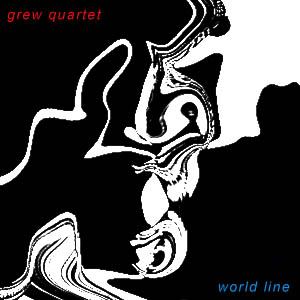 Seth Bennett joined on bass at the beginning of 2013. More gigs and recording followed and the album “invisible hand” was also released in October 2013 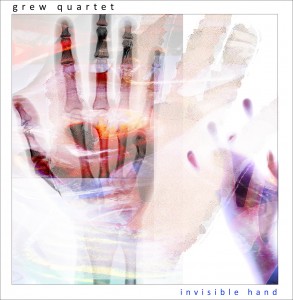 Touring and playing culminated in two releases: 2×4 and 2×3 consisting of two quartet concerts and two trio permutations of the quartet personnel. 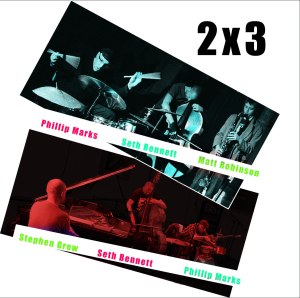 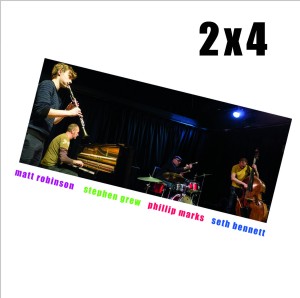 Stephen Grew has been playing piano and electronic keyboards for more than three decades. His music is completely improvised. He creates spontaneous compositions with other musicians in the heat of the moment. He also performs as a soloist.He is based in Lancaster, UK, and has toured extensively, touring and recording with many musicians from the free improvised scene here in Britain and abroad. Performing in Grutronic, a four piece electronic band, and Grew Trio, Grew Quartet and Grew & Grew.He has also performed with Evan Parker, Keith Tippett, Graham Clark, Pat Thomas, Howard Riley and many others.

Matt Robinson is busy as a session musician, composer, festival director, teacher and community musician. He runs Lancaster Jazz Festival, an annual contemporary music festival based around Lancaster. The rest of the time he can be found gigging around the north of England with everything from jazz groups to classical orchestras, Jamaican ska bands to French pop acts as well as occasionally doing big contemporary cross discipline works that mainly seem to consist of playing odd things in the rain with dance companies on cliff tops.

Seth Bennett was born and grew up in Sheffield, studying violin, piano and guitar, as well as singing in the Cathedral Choir there. At the age of 18 he took up bass guitar, which he studied and played for most of his early 20s. He recorded and toured extensively with punk bands, while continuing his studies of jazz and folk music, until he took up the double bass. He combines his long term passion for jazz and improvised music with the study of contemporary classical and British and Eastern European folk musics, a mixture reflected in his current musical activities, playing in the Jazz band IDST, Balkan/Roma music band Maquipucuna, Chamber improvisation band 7 Hertz, the Mary Hampton band, Orchestre Tout Puissant Marcel Duchamp, the orchestra Sinfonia of Leeds, and being co-director of the Bennett-Cole orchestra.

Phillip Marks was involved in the performance and organisation of innovative musical events in Manchester for many years until moving to Halifax in 2011 then Portugal in 2018. He is a founding member of electro-acoustic band Bark! with which he has played for the last thirty years around the UK and Europe. He also plays in the Alan Tomlinson Trio. He has performed with Derek Bailey and Evan Parker among many others and has been involved in many theatre and dance collaborations over the years as well as solo performances.

Grew Quartet 2015 Northern Line Tour Listen to excerpts from all the gigs!

Grew Quartet 2014 Jazz Services tour around England. Listen to excerpts from all the gigs!